Cost of rebuilding homes now back at boom-time levels 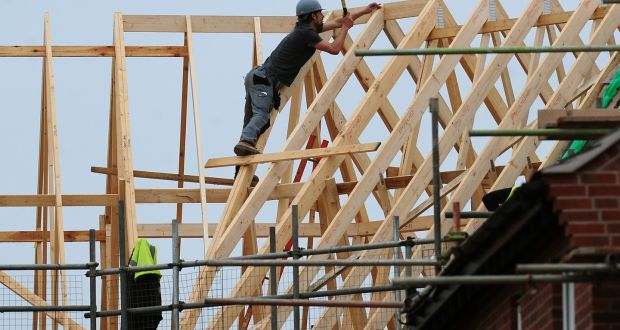 The Society of Chartered Surveyors Ireland said high levels of activity in the construction sector were having an inflationary impact on construction prices.

The cost of rebuilding a home in the Republic is now equivalent to what it was at the height of the boom thanks to rapid acceleration in labour costs and the impact of new building regulations.

The Society of Chartered Surveyors Ireland’s (SCSI) annual house rebuilding cost guide suggests the cost of rebuilding a three-bed semi-detached home in Dublin is now €207,669, which is almost the same as it was in 2008.

The SCSI said high levels of activity in the construction sector were having an inflationary impact on construction prices.

It highlighted rising labour costs due to the shortage of construction workers, the impact of new building regulations, specifically those related to ventilation, and the costs associated with disposing of demolition waste as the prime drivers.

The survey found rebuilding costs rose by 8 per cent in Limerick, Cork and Galway over the last 12 months, while the rise in Dublin was a more moderate 5 per cent.

The more moderate rise in Dublin was linked to increased competition and the slowdown in property price inflation in the capital.

“The construction sector is experiencing high levels of activity and this increase is having an inflationary effect on construction prices,” said SCSI vice-president Micheál Mahon.

“There are simply not enough construction workers to meet demand and as a result wage costs are rising,” he said.

“More recently, changes to ventilation requirements for new builds came into effect this year and while they will help reduce heating costs in the long run, this has contributed to the rise in building costs,” he said.Risk of underinsuring

The SCSI’s annual guide is used by homeowners to calculate the rebuilding costs of their home for insurance purposes and Mr Mahon warned householders of the risk of underinsuring their homes particularly in the event of partial damage as the insurance was paid out on a pro-rata basis.

This is because the homeowner in question has insured their property to only three-quarters of its rebuilding cost, Mr Mahon said.

“That is why it is important for homeowners to put aside five or 10 minutes, to check our easy-to-use rebuild calculator and to ensure the reinstatement costs required on their home insurance premiums are adequate and fully in line with current figures.”

“With rebuild costs rising it is possible consumers may well face pro-rata increases on their home insurance premiums. We would advise homeowners to shop around to ensure they are getting the best value,” Mr Mahon added.LOCAL KNOWLEDGE. NATIONWIDE.